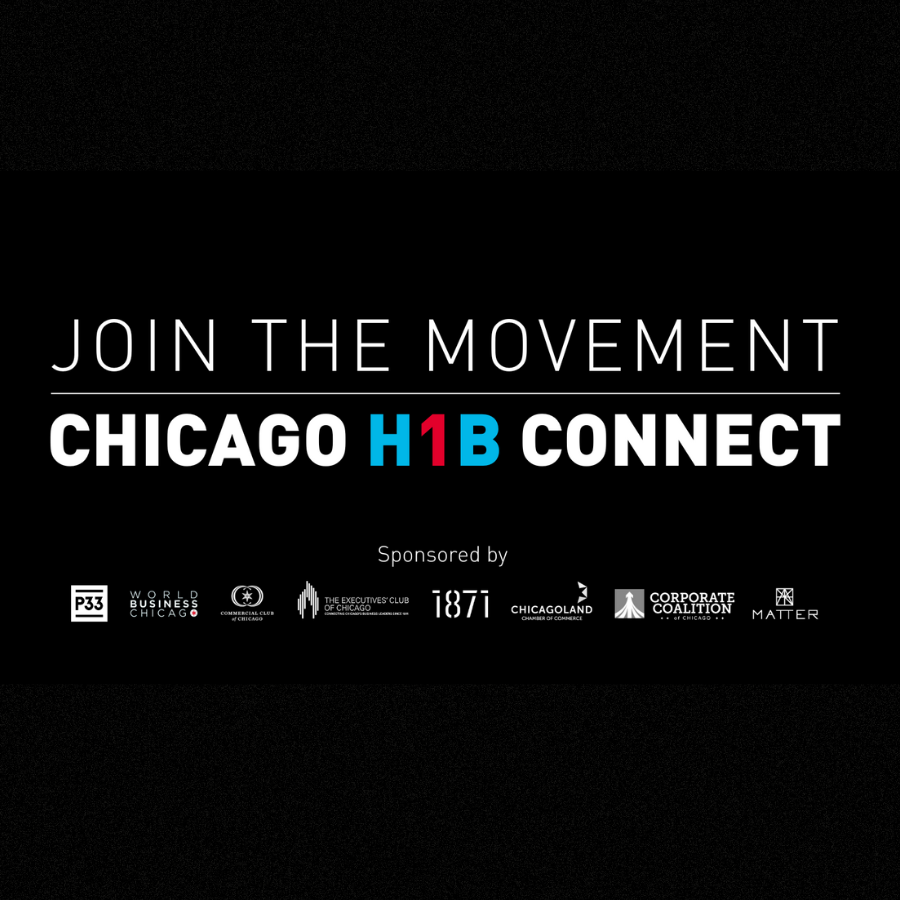 CHICAGO (Jan. 25, 2023) – P33 and World Business Chicago, today announced that they have formed the Chicago H-1B Connect Coalition, a united effort to assist current H-1B visa holders who have been impacted by layoffs in the tech industry. Led by P33 and World Business Chicago, the coalition brings together the city’s leading civic organizations including the Commercial Club of Chicago, 1871, the Executives’ Club of Chicago, the Chicagoland Chamber of Commerce, the Corporate Coalition of Chicago, and MATTER, along with Fortune 500 corporations and rapidly scaling, well-funded startups to help support and to retain highly skilled and valuable international talent.

Common in all STEM industries, especially technology, laid off H-1B workers have 60 days to pinpoint a new employer willing to transfer and to sponsor their visas. If they are unable to find a new job, they must switch their visa status or leave the U.S. Until now, H-1B visa holders have had an incredibly difficult time identifying career opportunities where employers are willing to sponsor or transfer their visas. Chicago is the first city to collectively band together around this issue to support and attract H-1B professionals. Tech innovation remains a top strategic priority for Chicago companies, and the city’s need for highly specialized tech talent continues to be in a position of under supply relative to demand.

“Our message to laid off H-1B holders is to consider the ever welcoming City of Chicago and our burgeoning technology ecosystem that fosters diversity and inclusion,” said Brad Henderson, CEO of P33. “I am proud, though not surprised by the way our city’s leaders have come together to make this collaborative effort a reality in such a short amount of time. This is a huge first step, and we’re just getting started. With more companies joining and more job listings being posted everyday, we expect this unique job search tool to scale very quickly.”

Despite nationwide layoffs, companies are struggling to fill critical tech roles in Chicago, with the largest demand for software talent. More than 164,000 tech job listings were posted in Chicagoland in 2022.

Layoffs.fyi reports that over 157,000 tech workers lost their jobs in 2022, and the tech layoff rate isn’t slowing down. Over 50,000 workers at U.S.-based tech companies have been laid off this year. These are difficult and turbulent times for anyone to lose a job, but it is especially challenging for foreign workers on H-1B status as it also threatens their immigration status, and potentially their family’s status too.

“I am thrilled with the launch of this campaign, which brings together Chicago’s business community to support H1-B visa holders affected by job loss in tech and adjacent industries,” said Michael Fassnacht, CEO and president, World Business Chicago, chief marketing officer, City of Chicago. “This initiative is a shining example of our city’s commitment to being a welcoming and inclusive destination for immigrants, where diversity and inclusivity are celebrated in our neighborhoods, further solidifying Chicago’s reputation as a premier global business hub.”

Immigrants strengthen innovation and increase the demand for labor while helping to drive the economy forward. 40% of software engineers in the U.S. are foreign born. In Chicago alone, 21 Fortune 500 companies were founded by immigrants or the child of an immigrant and 42% of university-supported startups in Illinois are founded by at least one immigrant entrepreneur according to the Illinois Innovation Index report by the Illinois Science & Technology Coalition.

P33 is a privately-funded non-profit focused on driving inclusive, global tech and innovation leadership in Chicago. The organization’s mission is to help Chicago become one of the most inclusive technology hubs in the U.S. Born from the collaborative efforts of hundreds of business leaders in the private and public sectors, P33’s work is anchored in deep research and driven by a need to unlock the potential of the digital age to solve some of the toughest problems facing Chicago, such as equitable access to digital careers, talent retention, deep science commercialization, and gaps in the growth-stage startup ecosystem. Launched in 2019, P33 is co-chaired by Penny Pritzker, former Secretary of Commerce and founder and chairman of PSP Partners; Chris Gladwin, CEO and Cofounder of Ocient and Cleversafe; and Kelly Welsh, Former President of the Civic Committee of The Commercial Club of Chicago. Learn more at p33chicago.com.

Read the PR on the wire here.

After its inaugural success with two sold-out summits in 2022, the Chicago Venture Summit series returns in 2023 with Future-of-Food this May 3-4 CHICAGO –  Mayor Lori E. Lightfoot joined… 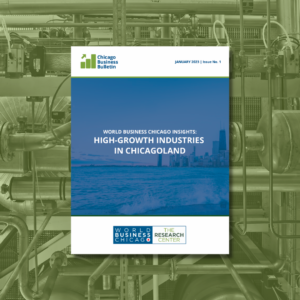 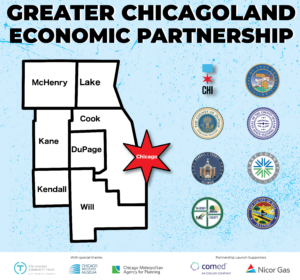 “A powerful force for driving growth and creating opportunities throughout the region.” CHICAGO — Today, regional leaders announced the formation of the Greater Chicagoland Economic Partnership,